The Jerusalem Post Ivrit is a high standard monthly magazine in easy Hebrew for the whole family.

The magazine is for people with basic reading abilities in Hebrew, who want to improve their knowledge of the language.

The magazine has 36 quality content pages, with an emphasis on Hebrew and Jewish culture. The sections in the magazine vary from personal stories of Hebrew learners from all around the world to interesting places in Israel and explanations of Jewish traditions. Among the different articles there are monthly chapters, abridged and simplified, from well-known Hebrew books as well as dialogues written in normative spoken Israeli-Hebrew about everyday life subjects. The magazine combines the old and the new, the daily and the unusual – it has sections and articles about historical characters alongside texts reporting upcoming cultural events and innovations in Israel, slang words and the lyrics of Hebrew songs from all times. The magazine is colorful and contains many photos and pictures that assist in the comprehension of the lingual materials.

The magazine is constructed of articles in three levels – beginners, intermediate and advanced – each article is accompanied by a Hebrew-English-French dictionary and transliteration that help the readers to pronounce the words correctly.
The articles for beginners are relatively short or such that they contain basic vocabulary. They are marked with one star on top of their pages. The articles for intermediate and advanced students are marked with two and three stars, respectively, and they are longer or contain a variety of new words or more complex structures of sentences.
All the articles are fully or partially punctuated with vowel signs (Niqud).

The magazine is aimed at enriching your Hebrew vocabulary and at the same time exposing you to the Hebrew and Jewish culture and to the life in Israel. You can use the magazine to improve your spoken Hebrew, if you use the materials in it as conversation topics in your Hebrew lessons with Ivritalk. 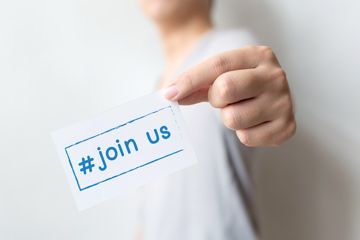 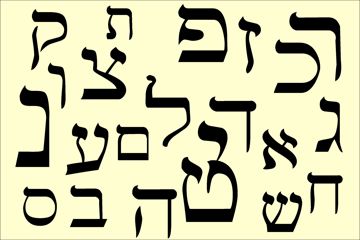 Hebrew now! Stories of our readers

Expression of the week

How can The Jerusalem Post Ivrit magazine help me acquire spoken Hebrew?
All the texts in the magazine are written in ‘lite’ Hebrew, and some of them actually focus on spoken Hebrew. For example: every issue contains a dialogue with an everyday life scenario. All dialogues try to imitate the standard spoken Israeli Hebrew that you can hear when Israelis talk. The magazine also contains short texts about Israeli Hebrew slang words. In addition, speaking in Hebrew about the texts in the magazine with The Jerusalem Post Ivritalk Hebrew tutors is a good way to practice your spoken Hebrew.

How can I combine reading The Jerusalem Post Ivrit magazine with my Ivritalk sessions?
You can use The Jerusalem Post Ivrit magazine in your Ivritalk sessions in several ways. Students who are beginners can read the one star texts and interpret them with the teachers. The teachers can follow their reading and correct their pronunciation. Intermediate students can read the magazine prior to the session, and discuss it with the teachers during the session. Advanced students can apply the vocabulary they learned in the magazine into their conversations with the tutors. They can also contribute their own texts to the magazine.

How can the digital version of The Jerusalem Post Ivrit help me evaluate my level in Hebrew?
The texts on the digital version of The Jerusalem Post Ivrit are divided into three levels – texts for beginners, texts for intermediate students and texts for advanced students. You can identify the level of each text according to the sing above it – one, two or three starts. The texts for beginners have full vocalization signs (Niqud), their grammatical structure is simple and some of them are relatively short. The texts for advanced students have partial vowel signs and their contents and grammatical structures are more complex. Trying to read texts of different levels will give you an idea of what is your current level. Once you proceed to the next level, you can identify your improvement in Hebrew.